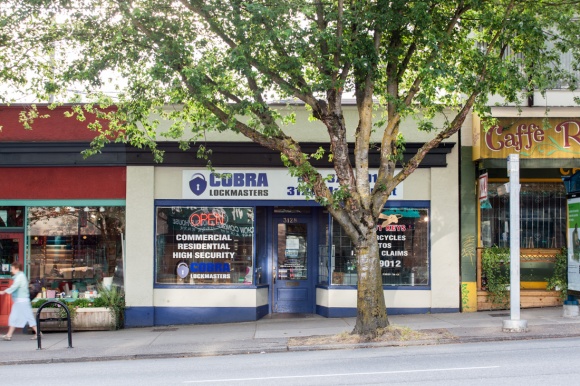 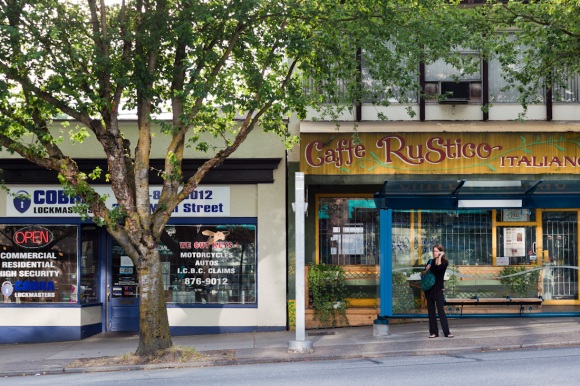 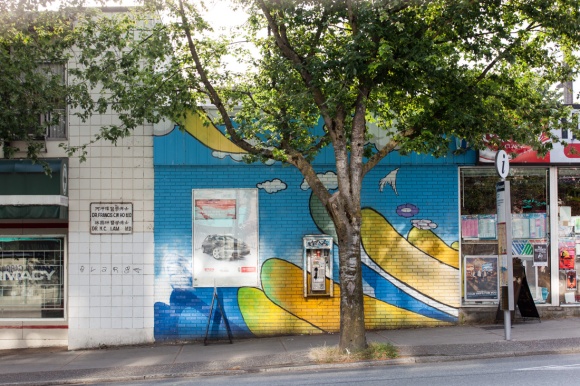 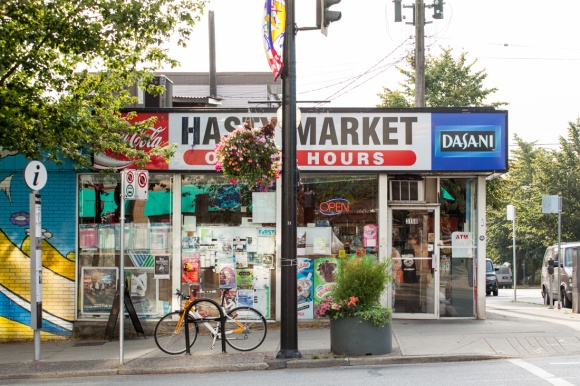 Error: Twitter did not respond. Please wait a few minutes and refresh this page.

We’ve been thinking of all the hair and beauty salons on Main — by first name only. Like Amy’s Hair Design here at this spot where Vancouver Special expanded into. Mabel’s, Fong’s, Richard’s, Ingrid’s, Rebecca’s....who are we missing? (dn) #mainstvan EAST // 20 - 21st Ave Amy’s Hair Design, 2011 Main Street, Vancouver.
Follow up: this is the same spot as yesterday’s post but photographed five years later in 2016. This building went up in 2014, but won’t make it past age six as the Broadway Subway station starts construction here later this year. By 2025, the line should be open with the Main & Broadway intersection becoming a larger transit hub for the area. See our previous post for more info. (dn) #mainstvan WEST // Broadway - 10th Ave Miura / Rosemary Rocksalt / Noodlebox 2016 revisit. Main Street, Vancouver.
Some blocks on Main have changed A LOT since we started this series in 2011. The ebb and tide of business, development, gentrification, and everything else a dynamic neighbourhood can be…for better or worse. Some have been completely torn up to start from scratch. But one block in particular hasn’t quite settled and faces another shake up. Main Street between Broadway and 10th, on the west side, has been home to so many great Main Street spots. We’re talking Slickity Jim’s, Burcu’s Angels, Lugz, Zocalo, Sunny Spot, Archetype, Belvedere Court, Pleasant Girl, Whoa! Nellie and much more from decades previous. Today we have Kafka’s, Bird on a Wire, Much & Little, Cream Mint Florist and Durant Sessions. The newest building on the block went up in 2014 with Miura (now La Taqueria), Rosemary Rocksalt, Noodlebox, and Baguette & Co (now Verdura). Plus that Tim’s where dollar stores and campaign HQs would dwell. This is part of the heritage heart, containing some of the oldest structures of Mount Pleasant. This is where things get interesting. The Broadway Subway station is planned for this corner, and construction will affect 1/2 of this block and 2/3 of the block along Broadway. Noodlebox was the first to depart, with a note posted on New Year’s saying they’ve closed in advance of that. Will that six-year-old building be taken down? What about the Tim’s building and places like Chicha around the corner. All of this is within the construction and staging zone. In our 2011 photo above, the ‘Noodlebox’ building was still a blueprint. One of Mount Pleasant’s fires cleared the way in ’09. We captured a moment between the former and the latter, and now another latter is on the agenda. Also, what about that parking lot on the SE corner? Surely a less disruptive spot for a station, one where the city stated a connection to Watson Street would “reinforce the importance of laneways throughout Main Street and the Broadway Corridor.” If this was the preferred spot…what happened? Curious what you have heard about this corner, the station and the changes ahead. Let us know in the comments! (dn) #mainstvan WEST // Broadway - 10th Ave Empty Lot, 2011 Main Street, Vancouver